Back To Water Drops

From my recent entry (Revisiting Water Drops), I have mentioned that I'd do my water drops again with my 50mm prime lens with the 580EX II flash. Tonight is the night that I went back to the water drops. An additional part of the experiment was to use wireless flash triggers. This would be a separate entry but to give you an introduction, in this way, the flash is not mounted on the camera's hot shoe slot but instead is placed somewhere else and triggered by wireless receivers.

So, my first task was to set the aperture and the flash output. At first, I went with a large aperture but I was having getting focused drops due to the thin DOF. I therefore ended up using f/8.0 with ISO 100, 1/200 sec shutter speed.

I'm really impressed how the prime was doing as I have a high success rate of getting whole drops of water. Without further due, here are some of the water drops I was able to get: 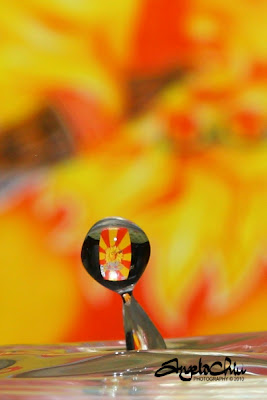 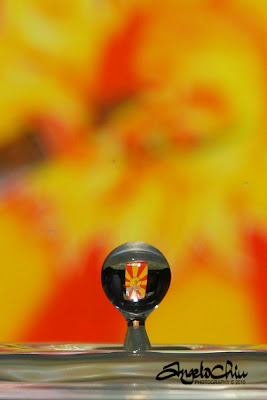 I call the first one as the "Magnifying Glass" and the second as the "Orb".

I have the rest of the set in here: Water Drop Project.