I had to do it - experiment with flash as I need to learn more how to use it properly but first let's take a look at the photo below and try to determine what kind of flash was used. 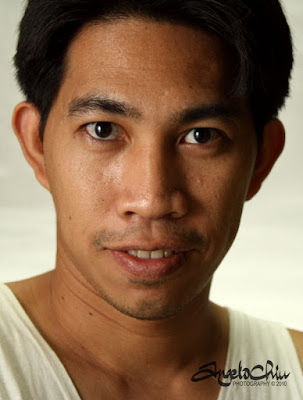 I created for this experiment a rectangular funnel or pipe that would cover the built-in pop-up flash and direct all it's power on a white board and bounce it to have an effect of a bounced flash from a speedlite. In my opinion, I think the experiment turned out well. Too bad, the funnel would be to hard to use in reality as it does not fit properly on the built-in pop-up flash.

Anyway, I'm happy with the outcome. I guess I'll have to try to use it more.
Posted by acphotos at Saturday, January 23, 2010