My Journey To Color-Managed Display

In photography, color can really change the mood of every photograph. 2011 was a year when I lived with my eye-balled monitor to be able to process my photos' colors close to what I have seen and captured. I always dreamed of being able to profile my display and also to be able to print them at the lab printers with great colors. I have had my ups and downs on the eye-balled monitor but I give huge credit to Lagom LCD Monitor Test which have guided me throughout the year.

Lagom LCD Monitor Test was able to somehow able to deliver what it supposed to do. I'll have some bad colors at times when if I accidentally changed some settings in my LCD monitor and when I had to redo I'll have some differences.

Late 2011, I was able to get hold of myself with a monitor calibration unit -- a Spyder 3 Pro. I was excited about it and immediately performed it as the box said that it would only take a few minutes and it would be as easy as 1-2-3. Then it hit me. It was true that it was easy to install and perform the calibration and profiling but I didn't really liked the results as you can see below. 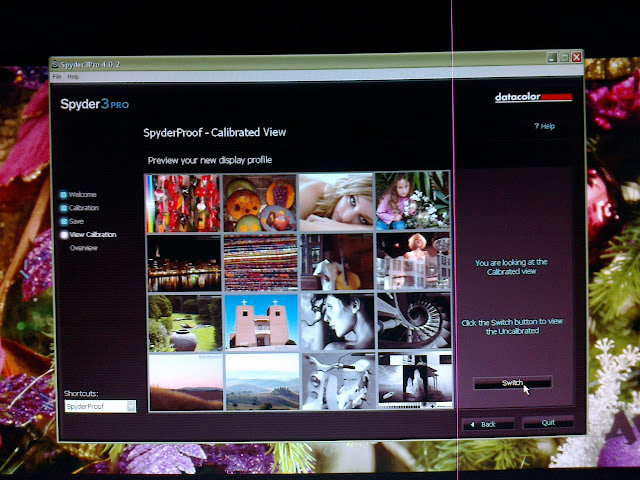 I wasn't really expecting this to happen. It says that I m viewing the Calibrated view but I really didn't liked the fact that there is a red/maroon color cast. I liked my Uncalibrated view (shown below) better. 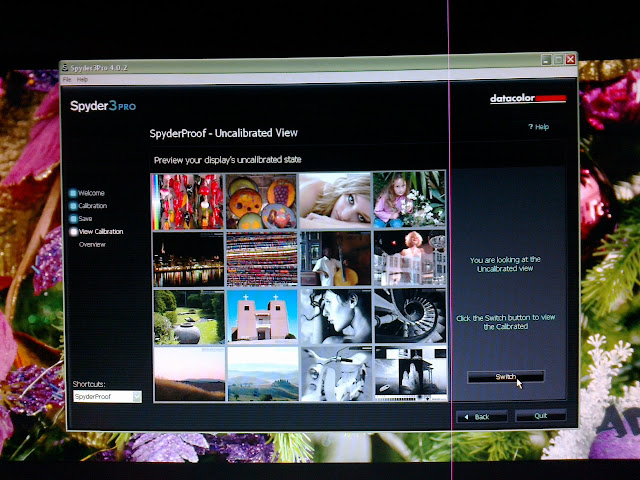 Doesn't that look much better than the calibrated view? I repeated the steps of the calibration and profiling again and again to no success. This time I had to consult someone who is more knowledgeable and experienced in this field. Jo Avila, one of the country's known photographers and mentors, said that he have seen this kind of result before when the calibration unit's sensor is fogged up. He said that if this is the case then it is a lost cause. Once the fogging has occurred there's no hope of that it would clear up. Honestly, this broke me down into pieces. Along with my calibration unit was a new monitor and was really down that I won't be able to use the full potential of the new monitor that I have.

Anyway, let's get back on the unit being fogged up. So I decided to give it a rest and try again another day. Still being optimistic about the unit still being able to do it's job. Probably gave it a month or so before I tried it again and at the same time I acquired another unit -- the Spyder 3 Express.

So, I tried it using the the Pro unit to calibrate and profile my display again but alas it still gave me the red/maroon color cast. Felt really bad that time and since it's really lost cause, I uninstalled the profiles and software of the Pro and prepared myself for the Express. This time, the Spyder 3 Express was really an express delivery of results as it didn't take too much time to install the new software, perform the calibration and profiling, and then the improved results.

It was a mix of joy and disappointment (for the Pro unit). Now, I am working on a color-managed display and I hope to processing photos more accurately.

So, that's my journey to a color-managed display. No pain, no gain!
Posted by acphotos at Friday, February 03, 2012