Have anyone of you watch 'Multiplicity'? Well, I just somewhat did that trick in a photographic way in my case. I guess being bored gives you a little time in your hands to make it a little interesting and creative and make something like this: 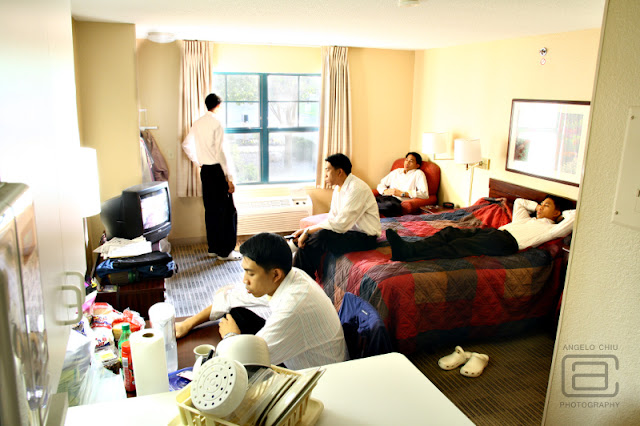 Multiplied myself into five (5) one to work each day of the work week -- in my dreams! So how was this possible? It's very easy to do but composing it will take a little challenge.

The photo above, took six (6) shots in total. Five of them was for the five poses and the sixth shot was for exposing the window to get a some details outside of the window. It is important that your camera is in Manual settings and AF in manual too.


So it was just that easy, right? Get out and experiment!