I've been experimenting on some post-processing and I wanted a photo that have muted colors. What I meant by muted colors is something that's near black and white with shades of color still in them. This effect is different from color isolation wherein the black and white photo gets a pop of specific color that's in the photo. 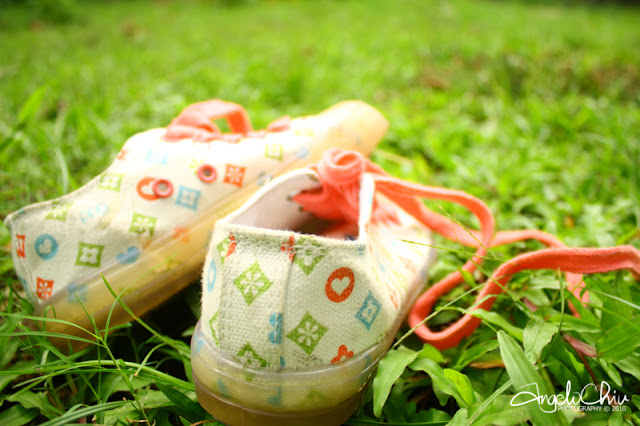 I just tried this without any instructions and just played with the hue and saturation controls.

Here is the original image:

And after several days of tweaking the controls and trying out different combination here's what I got as a final image. What do you think of it? 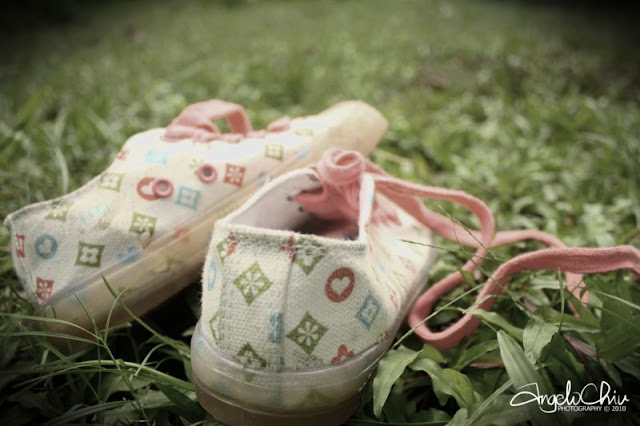 The vignette is an extra on the photo which I think helps to make the viewer focus on the sneakers instead of roaming around the photo. I'm not actually a big fan of vignette but I wanted to try it for a little change from my work flow.

1.) The photo. As always, I duplicate the image into another layer wherein I play around with different settings. In this case, I tweaked the settings in the Hue and Saturation control to my liking. I lowered the saturation on this and adjusted the hue to have more green tint.

2.) The vignette. I created another layer (on top of the photo) and filled it entirely with black. I then created an oval selection that is feathered which is a bit larger than the actual image. After the selection is made, I deleted it to reveal the underlying later that contained the muted color photo. I minimized the effect of the vignette by adjusting the opacity of the cut out black layer.

There you go! Hope this helps.
Posted by acphotos at Tuesday, September 28, 2010