Enjoying A Part Of Japanese Culture

Roughly two weeks ago, we went to Mall Of Asia in Pasay City, Philippines where we enjoyed a part of Japanese culture by watching a Taiko show performed by Yamato.

It was a good thing my parents arrived at the show area early and we were able to get decent seats -- second row from the stage. The first row though was about 8 to 10 feet from the base of the stage. This was a photo opportunity but I was really short on glass. I had only my 50mm prime. I had to do what I had to do -- struggle.

Here are a few photos that I think are best from all the shots that I took. 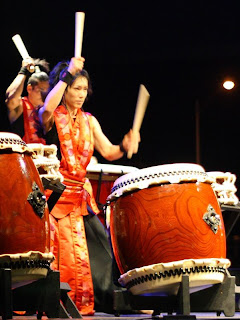 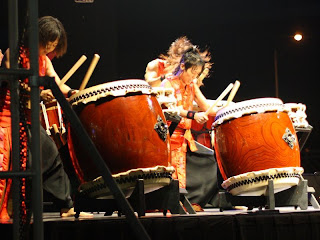 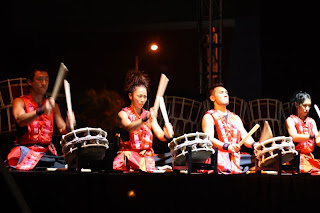 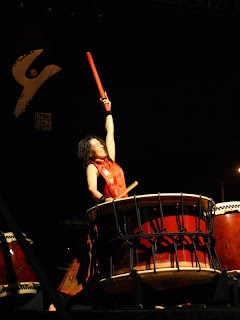 It was really hard to take photos of these in the dark. Had to deal with thin DOF, high ISO, slow shutter speed to get somewhat good exposures as flash wasn't allowed as it would destroy the ambiance/effect of the show. A monopod, high-ISO capable camera, good telephoto lens would have been a great help I believe. 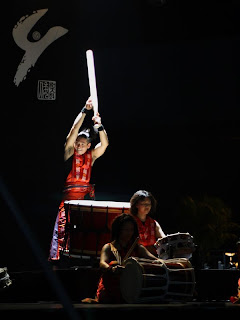 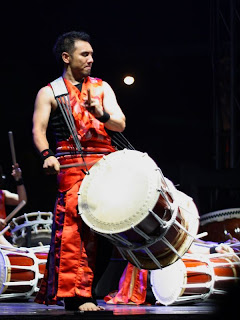 The show was very entertaining. You really could feel the beat of these drums. 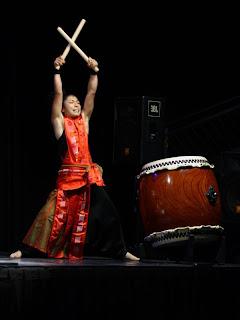 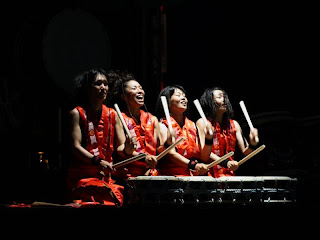 It was a very nice show! I am looking forward for more shows like this. My eldest daughter seem to have enjoyed it a lot as she was paying attention to what's happening in the stage.

Here's the rest of the photos from where this nice photos came from: