I am a part of a young and passionate photography club called Quezon City Photography Club (QCPC). It's a growing club in the city where I currently reside.

One of the club members wanted to start of with something like of a contest or some sort and we ended up having a monthly themed assignment. For the month of March, we have a coffee-based theme.

I joined this activity to push my creativity and as well as to develop more my photography skills. It's really a part of learning I guess. When this theme was announced, it came to my thought that for sure there'll be lots of coffee cups and saucer and teaspoons photos. I wanted to be different so I thought of using coffee beans. Using just coffee beans was too simple of a shot and I don't how to make it more interesting.

Then I remembered seeing an ad on the TV of coffee beans being roasted. I wanted to recreate this picture I have in mind.

So, I was able to loan a half-cup of coffee beans from a colleague of mine from work. Here's the result of my session with the loaned coffee beans. 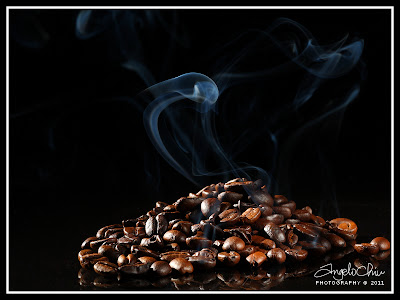 I wanted an effect that looked like that the coffee beans were recently roasted and are still venting off steam. 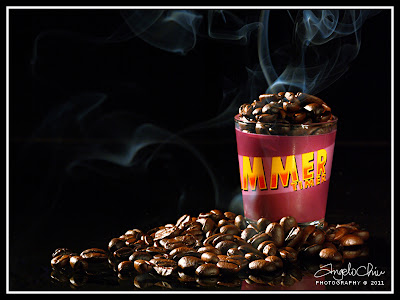 Took a shot glass and I wanted the same effect as the one on top. 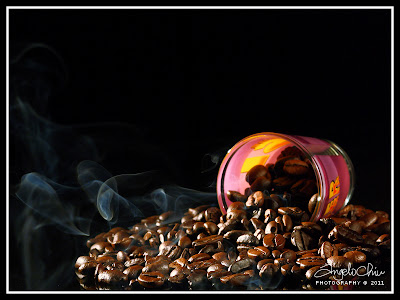 Tipped off the shot glass and still trying to get the effect on hot coffee beans.

The one that I entered in our club's themed assignment is the 'Spilled Beans' as it has some other element in the photo which is the shot glass and making it not look too bare like on the first photo: 'Hot Beans'. 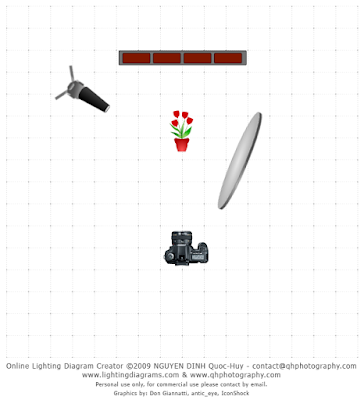 Black background and coffee beans were set on top of a glass table for the reflections on the beans. The snooted flash allowed the environment to be dark and only shed light onto the subject. The reflector bounced of some light from the snooted flash to fill-in some light on the right side of the photo where the shadow should have casted due to the position of the flash.
Position of the flash was considered for two things: 1) to get the texture of the coffee beans and 2) to shine light on the smoke just like the way I did on my smoke photography.
Cheers!
Posted by acphotos at Saturday, March 26, 2011